Enscape, as a plugin, is accessed and opened via the User Interface (UI) of the CAD you’ve installed Enscape for.

The following images show the Enscape Toolbar in the Rhino User Interface. You will find that the Enscape toolbar has also been adapted in style to conform to the UI’s of the other supported CADs and therefore the buttons will appear almost identical as those shown here.

Along with the buttons to launch Enscape, enable its Live Update and Synchronize Views functions, this CAD-side toolbar also provides a way to access core Enscape functions and options without having to start the Enscape Viewport Options, such as the License Key activation, Performance options, Language, and Network settings, as well as access to a form to contact Enscape Support if you run into any problems.

The Enscape Toolbar in the Rhino User Interface

Helpful Resources To get up and running quickly with Enscape, download one of our free Enscape Sample Project files for your CAD.

NOTE If the Enscape Viewport opens displaying a notification overlay informing the user that the License Key has expired or is invalid, or that there are no seats available on a Floating License, then please refer to this article. These notifications will also be shown when accessing Enscape’s other Core Features which include Enscape’s Asset and Custom Asset Library, Enscape’s Material Library and Material Editor.

If the Enscape Viewport opens without a notification blocking its use, then a panel to the right of the Viewport containing a contextual Help Panel should be visible and is provided to assist in quickly getting comfortable and familiar with the Enscape UI, it’s layout and associated functions. You can quickly open / close the Help panel using the [H] key or by clicking its associated button in the Viewport’s toolbar.

Make sure to look at some other available training resources to help you learn Enscape faster!

Follow Us on
Enscape Newsletter
Copyright All Rights Reserved © Enscape 2022 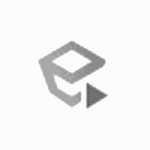 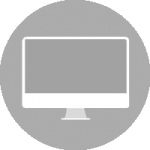